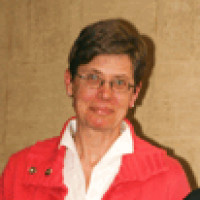 Daphne began her teaching with visually impaired students in Alberta in 1978. She completed her Master's in the Education of the Visually Impaired at San Francisco State. After moving back to BC in 1980, she has enjoyed an extremely rewarding career working with low vision and braille reading students, ages 4-19, in several school districts in BC. For the past 13 years she has worked in the Greater Victoria School District. Daphne has a passion for teaching braille and supporting all her students to gain equitable access. She continues to advocate strongly for her students in the schools and the community. Many of her students have benefited from funding and grants from outside agencies, through the grant applications she has assembled on their behalf.

Daphne is enthusiastic about promoting braille through the creation of educational opportunities for those in the schools and in the community. She has contributed to the development and delivery of many projects over the years including BC's ELVI project (Early Literacy for the Visually Impaired), Braille Story Kits with the Vancouver Island Public Library and creating teaching videos. More recently, she has been involved in beta testing the iBrailleChallenge app, field testing APH Patterns for Preschool and trialing new technologies with her students. She encourages them to participate in activities such as the Braille Challenge and the CNIB Creative Writing Contest. She has presented to community service groups and has provided workshops and conferences on the education of visually impaired students.

Daphne actively served on the executive of BC Vision Teachers for 12 years, during which time she held the position of president for 5 years. She also continues to be an active member of the Vancouver Island Vision Teachers' chapter. With the adoption of UEB in Canada, Daphne certified as a braille transcriber, to ensure that her students would have the opportunity to have the new code presented to them. She looks forward to continuing to learn and develop programs with and for the visually impaired.