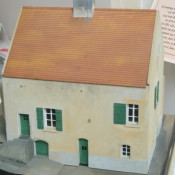 Louis Braille was born and lived in the small village of Coupvray, approximately 25 miles from Paris, France. 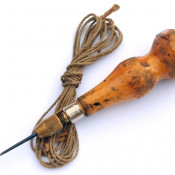 At the age of 3, Louis injured his eye on a sharp leather-working tool while playing in his father's shop. Infection soon set in, spreading to the other eye, and leaving him completely blind.

Louis Braille began to attend the local village school in Coupvray. He had no way to read or write, so had to listen to all his lessons.

1919: Louis Braille moves to Paris to attend the Royal Institute for Blind Youth 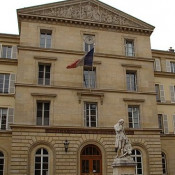 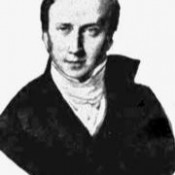 Charles Barbier served in the French army and invented a system of writing known as "Ecriture Nocturne" (night writing) using a set of 12 raised dots (in two columns of six). The purpose was to avoid the need for soldiers on the front line to have lights to read, giving away their position to the enemy. In 1821, students at the Royal Institution for Blind Youth in Paris (including Louis Braille) were treated to a demonstration of Barbier's system, inspiring Louis Braille to adapt into what would become the braille alphabet. 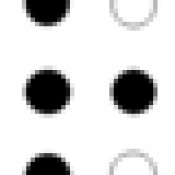 Improving on Night Writing, Braille constructed a new method built specifically for the needs of the blind. He presented his work to his peers for the first time in 1824.

1829: The braille code is publsihed

Louis Braille publishes the first braille book, Method of Writing Words, Music, and Plain Songs by Means of Dots, for Use by the Blind and Arranged for Them

1834: Louis Braille completes his work on the Music Code 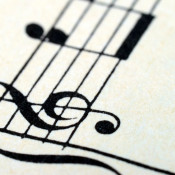 A gifted musician who studied both the piano and the organ, Louis Braille devised a separate code for representing musical scores in braille. 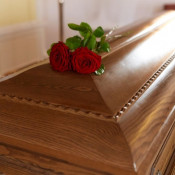 Louis Braille dies. He continued to tinker with his Braille system until his death